This is a great opportunity for a design or illustration student to have their work on the cover of a new book due to be published this year. The successful submitter will receive a copy of the book and an invite to the book launch in Birmingham. The opportunity has been offered to students at BCU in Birmingham but it is open to anyone in the West Midlands area – people further afield are welcome to submit but they may struggle to get to the launch event.

There’s not much turn around time on this as the deadline is the 20th of February 2023.

If you are interested the full brief can be found here or you can scan the QR code below. Any questions can be posted below.

I’m very much looking forward to this event. Here you will get to meet the editors of Digbeth Stories, hear their thoughts on the state of publishing in the UK, why they’ve chosen Digbeth and what makes a good piece of writing as well as hear from Kit de Waal who will be submitting a brand new story to the anthology. As well as all the above it’s an ideal opportunity to meet other writers and to pitch your story ideas to the editors. See you there.

Hmm, let’s start by looking back.

My last post was concerning the huge boost to arts funding that would become a reality after Labour won the 2019 general election – well, that never happened. A bit of a shock if I’m honest. I’m a bit of an optimist, and I was convinced that Labour’s argument couldn’t fail, but it did, so what does the future hold? Well, not a lot if you’re going to sit around waiting for someone to do things for you. It seems that the right-wing have public opinion sown up, thanks to their super-rich media-moguls, but that doesn’t mean we can’ bring about change in our own lives – just look at the huge impact Greta Thunberg has had upon the world simply by going on strike!

We need to make things happen ourselves – don’t worry, this isn’t the part where I hurl internet platitudes at you, ‘Be the lobster you want to be!’ So what am I doing, apart from displaying my fondness for the word lobster? A few things. Me and a talented friend are putting together a book. We’re both fed up of being at the mercy of literary gatekeepers and decided we’d do it ourselves, but this isn’t some self-publishing vanity project – to be fair, much of the self-publishing world isn’t. This will be a labour of love to a part of our city that means a lot to both of us. We’ll be documenting in words, both factual and fictional, and images, a part of this glorious place we live in that could soon be no more. Some of you may even buy it – now there’s a thought.

I continue to scratch away with my own writing. I will have a short story out this year in a Birmingham themed collection from Dostoyevsky Wannabe, and I continue to send words out to potential publishers – chin up, no man’s put me down yet…

There are opportunities out there for creative types like me and I shall be doing my best to snag a few of them. I enjoy working with others, and unlocking other people’s potential, so I’ll be looking out for more stuff like that as well as stand alone projects. A few are already on my radar – it must be this 2020 vision.

I’ve also agreed to climb Snowden in the dark – climbing it in daylight is too easy! That last statement is something I’d never say. I’ll post some more info regarding this soon.

January has nearly gone and I’ve not done half as much as I intended to. I will do more in February. See you there.

Some great tips for getting rejected from periodicals and competitions. They’ll either make you laugh or blush with shame.

Thanks to Kmelkes for this glimpse from the other end of the telescope.

Source: The other end of the telescope – a dozen ways to guarantee rejection

My collection of short stories, entitled: Night Swimming, will be launched on March the 11th, at States of Independence in Leicester. States of Independence is a gathering of independent publishers. There will be workshops, readings, panels, seminars, book launches, bookstalls, independent presses, regional writers and much, much more. I think it’ll be based at De Montfort University, but I’ll let you know the full details when I get them.

If you’re in Leicester, or fancy a day in that fine city, then please come along and say hi. Previous events have been free of charge and there’s plenty to see and do

I’ve some rather lovely news to share. Those wonderful people at Mantle Lane Press are going to publish a small collection of my short stories entitled, Night Swimming. 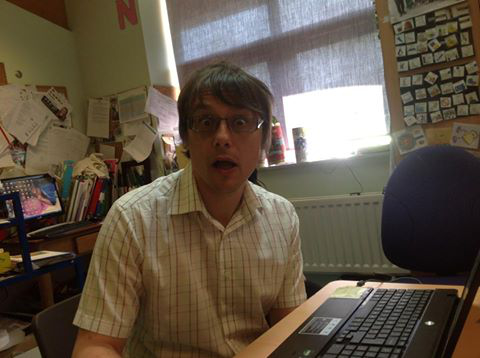 Mantle Lane Press is based in Leicestershire and is an offshoot of Mantle Arts. Their aim is to support Midlands writers.

My collection will fall into their limited edition small books collection. These are similar in size to the Penguin 60s range and each features a cover image by a different artist, ensuring that they are attractive, unique and collectable.

I’ve just signed the contract and I’ll let you know more about it when I do.

Right, I’m off to give myself a good pinch.

Like me, some of you may now be at the stage where you start thinking about sending your work out to agents. This can be (is) a worrying time. After all, you’ve spent years working on something, chopping, honing, crying, raging etc.until you feel it’s ready to be looked at by someone who knows their stuff. Well, these guys look like they know their stuff. In fact, they even lay out exactly what each agent is looking for.

I love this book so much. It’s about turning the ordinary of every day life into the extraordinary, and universally meaningful. Rachel Joyce really understands humanity and has got to the heart of human relationships and that need for fulfillment. (I might actually start crying as I write thinking about it again). It’s about the small moments in life that we all experience, which change the course of our existence. I remember sitting down to read it, it took me five hours and I didn’t move…

Some sound advice from the Ideas Tap website on how to write short stories:
How to write a short story (and get published).